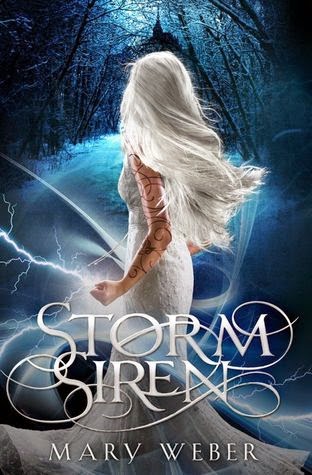 Synopsis: “I raise my chin as the buyers stare. Yes. Look. You don’t want me. Because, eventually, accidentally, I will destroy you.”
In a world at war, a slave girl’s lethal curse could become one kingdom’s weapon of salvation. If the curse—and the girl—can be controlled.As a slave in the war-weary kingdom of Faelen, seventeen-year-old Nym isn’t merely devoid of rights, her Elemental kind are only born male and always killed at birth — meaning, she shouldn’t even exist.Standing on the auction block beneath smoke-drenched mountains, Nym faces her fifteenth sell. But when her hood is removed and her storm-summoning killing curse revealed, Nym is snatched up by a court advisor and given a choice: be trained as the weapon Faelen needs to win the war, or be killed.Choosing the former, Nym is unleashed into a world of politics, bizarre parties, and rumors of an evil more sinister than she’s being prepared to fight . . . not to mention the handsome trainer whose dark secrets lie behind a mysterious ability to calm every lightning strike she summons.But what if she doesn’t want to be the weapon they’ve all been waiting for?Set in a beautifully eclectic world of suspicion, super abilities, and monsters, Storm Siren is a story of power. And whoever controls that power will win.

My Review: Storm Siren is captivating, exciting and will keep you on your toes throughout the whole ride.
With a fascinating world, and amazing characters this book will blow your mind. Nym has a power she can't control. When she was little this power caused her to burn down her house, with her parents in it. Since then Nym has been a slave, going from owner to owner. But when she looses control at a slave auction, Nym is taken to a new life living at a grand house where she is left with a choice to either learn to control her powers and use them to protect her country, or be killed. She is called the strongest Elemental in history, now can she control it?Nym is one of the strongest and most realistic female characters I have ever come across. She lives her life in constant fear of her powers and regret of her past, which leaves some pretty strong repercussions on herself. I felt like this was incredibly realistic, with that much pain and suffering I feel like no normal person could be completely sane, and seeing that Nym wasn't perfect just made this book so much more realistic. There is a love interest in this book, and I feel like it was written perfectly. This story is sort of leaning away from the typical love triangle which is perfect for everyone because no matter if you like love triangles or hate them, you will enjoy the romance in this book. What I loved most about this book, is that it isn't all about romance. It's mostly about Nym learning to control her powers and following her heart to do what is right. We see huge character development not only in the main characters but also in the smaller characters who are important to the story.The world-building is out of this world. The descriptions of the characters, the places and the different creatures were so well written I could just picture it clearly in my head. The lengths were perfect, there was enough to make a picture but there wasn't so much where it was boring. It was absolutely perfect.Just be prepared for the ending. It's a clifhanger.. AND ITS ONE THAT ABSOLUTELY KILLS YOU!!

I highly recommend this book to all the YA fans and everyone who love to read Fantasy books. I can guarantee that this will go on your favorites shelf. Happy Reading.-Aneta
Posted by Aneta at 6:00 AM