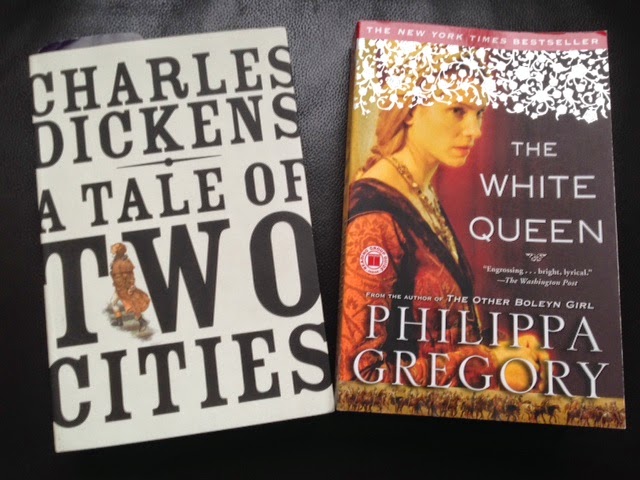 A Tale of Two Citites
Set against the backdrop of the French Revolution, A Tale of Two Citiesis one of Charles Dickens’s most popular and dramatic stories.It begins on a muddy English road in an atmosphere charged with mystery and it ends in the Paris of the Revolution with one of the most famous acts of self-sacrifice in literature. In between lies one of Dickens’s most exciting books—a historical novel that, generation after generation, has given readers access to the profound human dramas that lie behind cataclysmic social and political events. Famous for its vivid characters, including the courageous French nobleman Charles Darnay, the vengeful revolutionary Madame Defarge, and cynical Englishman Sydney Carton, who redeems his ill-spent life in a climactic moment at the guillotine (“It is a far, far better thing that I do, than I have ever done”), the novel is also a powerful study of crowd psychology and the dark emotions aroused by the Revolution, illuminated by Dickens’s lively comedy.

The White Queen
Philippa Gregory presents the first of a new series set amid the deadly feuds of England known as the Wars of the Roses.

Brother turns on brother to win the ultimate prize, the throne of England, in this dazzling account of the wars of the Plantagenets. They are the claimants and kings who ruled England before the Tudors, and now Philippa Gregory brings them to life through the dramatic and intimate stories of the secret players: the indomitable women, starting with Elizabeth Woodville, the White Queen.
The White Queen tells the story of a woman of extraordinary beauty and ambition who, catching the eye of the newly crowned boy king, marries him in secret and ascends to royalty. While Elizabeth rises to the demands of her exalted position and fights for the success of her family, her two sons become central figures in a mystery that has confounded historians for centuries: the missing princes in the Tower of London whose fate is still unknown. From her uniquely qualified perspective, Philippa Gregory explores this most famous unsolved mystery of English history, informed by impeccable research and framed by her inimitable storytelling skills.
With The White Queen, Philippa Gregory brings the artistry and intellect of a master writer and storyteller to a new era in history and begins what is sure to be another bestselling classic series from this beloved author. 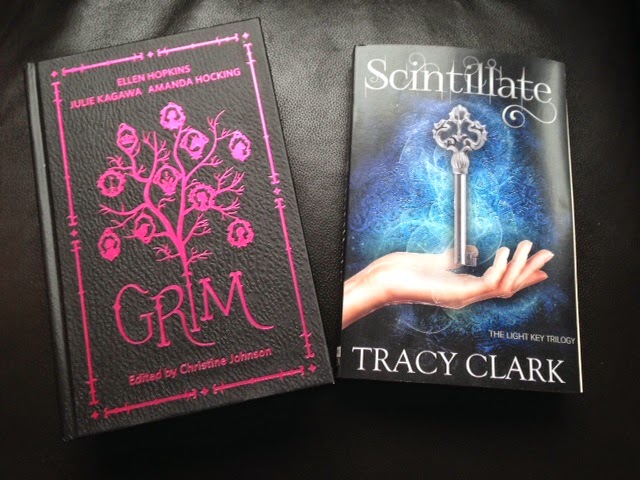 Scintillate
A mighty flame follows a tiny spark.Cora Sandoval’s mother disappeared when she was five and they were living in Ireland. Since then, her dad has been more than overprotective, and Cora is beginning to chafe under his confines. But even more troubling is the colorful light she suddenly sees around people. Everyone, that is, except herself—instead, she glows a brilliant, sparkling silver.As she realizes the danger associated with these strange auras, Cora is inexplicably drawn to Finn, a gorgeous Irish exchange student who makes her feel safe. Their attraction is instant, magnetic, and primal—but her father disapproves, and Finn’s mother orders him home to Ireland upon hearing he’s fallen in love. After a fight with her father, Cora flees to Ireland, both to follow Finn and to look for her missing mother.There she meets another silver-haloed person and discovers the meaning of her newfound powers and their role in a conspiracy spanning centuries—one that could change mankind forever…and end her life.Scintillate is the first book in this lush and exciting new trilogy, full of romance, adventure and metaphysical mystery. 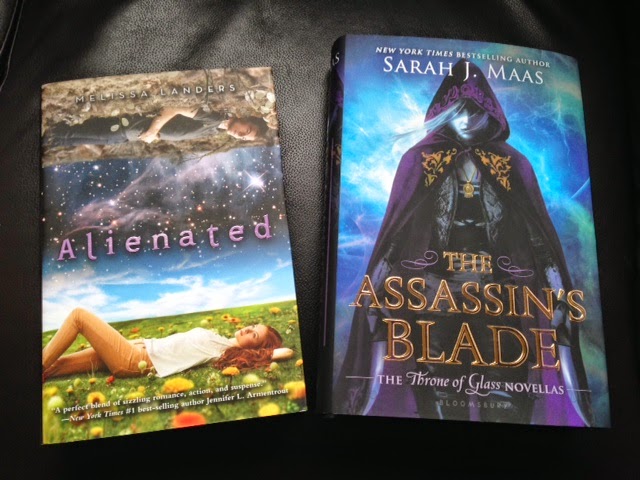 Alienated
Two years ago, the aliens made contact. Now Cara Sweeney is going to be sharing a bathroom with one of them. Handpicked to host the first-ever L’eihr exchange student, Cara thinks her future is set. Not only does she get a free ride to her dream college, she’ll have inside information about the mysterious L’eihrs that every journalist would kill for. Cara’s blog following is about to skyrocket.Still, Cara isn’t sure what to think when she meets Aelyx. Humans and L’eihrs have nearly identical DNA, but cold, infuriatingly brilliant Aelyx couldn’t seem more alien. She’s certain about one thing, though: no human boy is this good-looking.But when Cara's classmates get swept up by anti-L'eihr paranoia, Midtown High School suddenly isn't safe anymore. Threatening notes appear in Cara's locker, and a police officer has to escort her and Aelyx to class. Cara finds support in the last person she expected. She realizes that Aelyx isn’t just her only friend; she's fallen hard for him. But Aelyx has been hiding the truth about the purpose of his exchange, and its potentially deadly consequences. Soon Cara will be in for the fight of her life—not just for herself and the boy she loves, but for the future of her planet.

The Assassin's Blade
Celaena Sardothien is Adarlan's most feared assassin. As part of the Assassin's Guild, her allegiance is to her master, Arobynn Hamel, yet Celaena listens to no one and trusts only her fellow killer-for-hire, Sam. In these action-packed novellas - together in one edition for the first time - Celaena embarks on five daring missions. They take her from remote islands to hostile deserts, where she fights to liberate slaves and seeks to avenge the tyrannous. But she is acting against Arobynn's orders and could suffer an unimaginable punishment for such treachery. Will Celaena ever be truly free? Explore the dark underworld of this kick-ass heroine to find out. 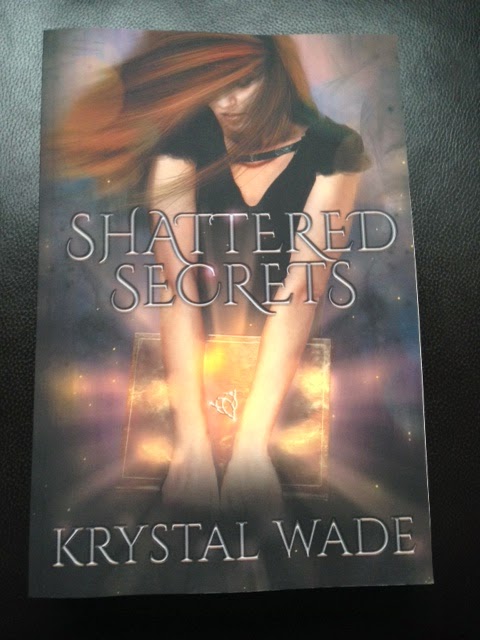 Shattered Secrets
After being kidnapped, hogtied, and stuffed in the trunk of a car, seventeen-year-old Abigail Nichols' boy problems seem unimportant. She couldn't be more wrong.The boy who saves her holds her heart. But Derick Crawford also holds secrets. Magical beings who guide human emotions are fighting an invisible war dating back to the dawn of time, and Abigail's one of them. The more she learns of her heritage, the less she wants to know. Armed with a very old, very massive book to teach them about their history, Abigail and Derick run away to a place where they think they can be safe and happy, only to have their troubles secretly hitch a ride.Her history book is in a sharing mood, and it tells her to keep a secret of her own.But has she put her trust in the wrong place?And will the world survive if she has? 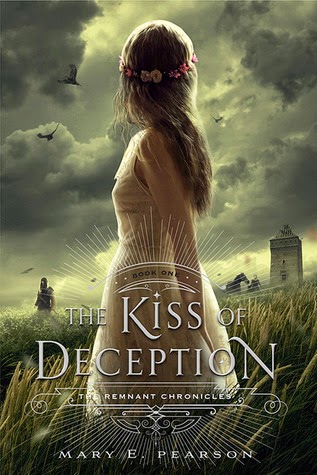 The Kiss of Deception
In this timeless new trilogy about love and sacrifice, a princess must find her place in a reborn world.In a society steeped in tradition, Princess Lia’s life follows a preordained course. As First Daughter, she is expected to have the revered gift of sight—but she doesn’t—and she knows her parents are perpetrating a sham when they arrange her marriage to secure an alliance with a neighboring kingdom—to a prince she has never met.On the morning of her wedding, Lia flees to a distant village. She settles into a new life, hopeful when two mysterious and handsome strangers arrive—and unaware that one is the jilted prince and the other an assasin sent to kill her. Deception abounds, and Lia finds herself on the brink of unlocking perilous secrets—even as she finds herself falling in love.


Leave a link to your STS in the comments. Have a great weekend.