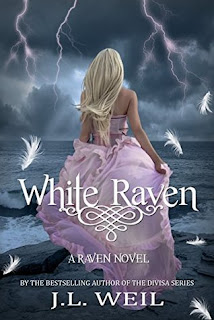 Synopsis: DREADFUL LIES.
UNEXPECTED LOVE. IMPOSSIBLE TRUTH. It only took one heartbeat to change my life—one chilling phone call in the middle of the night. And then, as if my life didn’t already suck, my dad sends my brother and me to some idyllic island for the summer to live with a grandma we never met. WTH. Naturally, I rebel. In the end, I find myself shipped off to Raven Hallow…and bored to tears. Until I get an eyeful of the mind-bendingly gorgeous Zane Hunter. The dark-hair cutie makes my pulse go bonkers, and I think, maybe this might not be so bad after all. Six feet of swoon inducing looks, with a hint of Celtic charm in his voice, he was the type of guy that left a string of broken hearts in his wake. And I had all the heartbreak I could handle. Yet, there is something uncanny, almost supernatural about Zane, and it’s not just his devastating smirk. No matter how much distance I put between us, Raven Hallow isn’t big enough, and the sparking tension between is undeniable. Of course, the one person I want to avoid becomes my salvation. My past comes back to terrorize me. Someone wants me dead, and the closer I get to the truth, the more I realize my whole life is a lie. I am no longer sure what is more frightening—the attempts on my life or the guy whose heart and soul are synchronized with mine.

My Review: “I will be your sword. I will be your shield. I will defend you until my last breath. This vow I swear freely, to be your weapon as long as you shall live.”
Breathtaking Series. I can't wait to get my hands on the next book.Piper's mother was murdered. If that wasn't heartbreaking enough, now she is being sent away to live with her grandmother for the summer, back to the same place her mother vowed to never return to. While Piper tries to make an okay summer out of the situation with the handsome Zane, but thats when things start to get crazy. Zane is keeping secrets and being mysterious, it has something to do with the reason she was sent here and with her grandmother, could it even have something to do with her mother's death?I'm already in love with this series. The characters, setting and plot are all so unique and wonderful. In the beginning I thought this was going to be another Twilight-type book but man was I wrong, its not even close.The book is told in Piper's point of view, and I really liked her as a main character. She's sassy, caring and strong. I usually don't read other people's reviews before finishing my own, but I was really surprised by some of the ratings, and I just wanna take a minute to talk about it and defend the main character. So what these people said about her were that she's ungrateful, a spoiled little girl and that she's rude. In the beginning of the story we are told that Piper knows nothing about her grandmother, except the fact that she's rich and her mother ran away from home. Obviously thats going to leave her being a bit suspicious and of her grandmother and not trusting her, she's not going to run up and hug her pretending everything is okay, so I understand why she's sometimes rude to her grandmother, who is basically a stranger since they've never met before. I absolutely don't understand how she's "spoiled" or ungrateful, yes she was put into a giant house with servants and all the money she could want, but she didn't ask for it, and its definitely not something she was used to since she was living in an apartment with her parents and brother. End of rant...The romance in this story is pretty good. If you like the romance in Throne of Glass series, or in the Lux series where the main characters make fun of each other and pretend to hate each other but secretly love one another, then this is the romance for you.But that love triangle tho.. No matter how sick of love triangles you are, you will like this one. I'm not going to spoil it, just take my word that its different and you will definitely like it.Based on what I read, this book is really a hit or miss with everyone, but mostly a hit. I definitely recommend giving this a try, and hopefully you love it as much as me. I can't wait to get my hands on book 2 and 3, I'm addicted.Happy Reading,Aneta
Posted by Aneta at 11:00 AM