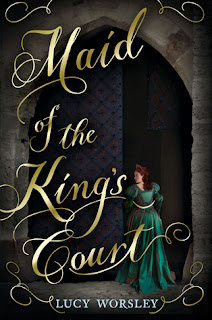 Maid of the King's Court by Lucy Worsley
In the vibrant, volatile court of Henry VIII, can even the most willful young woman direct her own fate and follow her heart in a world ruled by powerful men?
Clever, headstrong Elizabeth Rose Camperdowne knows her duty. As the sole heiress to an old but impoverished noble family, Eliza must marry a man of wealth and title — it’s the only fate for a girl of her standing. But when a surprising turn of events lands her in the royal court as a maid of honor to Anne of Cleves, Eliza is drawn into the dizzying, dangerous orbit of Henry the Eighth and struggles to distinguish friend from foe. Is her glamorous flirt of a cousin, Katherine Howard, an ally in this deceptive place, or is she Eliza’s worst enemy? And then there’s Ned Barsby, the king’s handsome page, who is entirely unsuitable for Eliza but impossible to ignore. British historian Lucy Worsley provides a vivid, romantic glimpse of the treachery, tragedy, and thrills of life in the Tudor court. 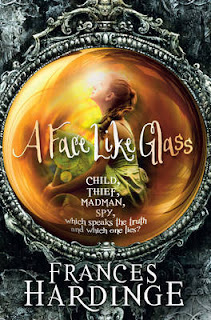 A Face Like Glass by Frances Hardinge
In Caverna, lies are an art — and everyone's an artist . . .
In the underground city of Caverna the world's most skilled craftsmen toil in the darkness to create delicacies beyond compare. They create wines that can remove memories, cheeses that can make you hallucinate and perfumes that convince you to trust the wearer even as they slit your throat. The people of Caverna are more ordinary, but for one thing: their faces are as blank as untouched snow. Expressions must be learned. Only the famous Facesmiths can teach a person to show (or fake) joy, despair or fear — at a price.
Into this dark and distrustful world comes Neverfell, a little girl with no memory of her past and a face so terrifying to those around her that she must wear a mask at all times. For Neverfell's emotions are as obvious on her face as those of the most skilled Facesmiths, though entirely genuine. And that makes her very dangerous indeed ...