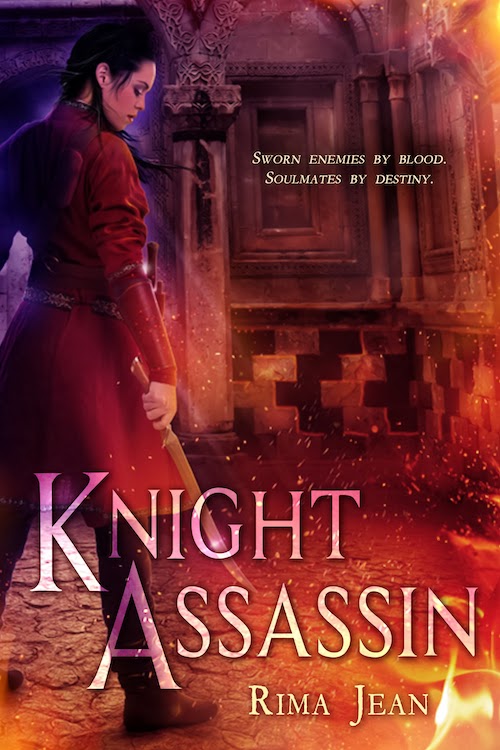 Synopsis: Seventeen-year-old Zayn has special powers she cannot control—powers that others fear and covet. Powers that cause the Templar Knights to burn Zayn’s mother at the stake for witchcraft. When a mysterious stranger tempts Zayn to become the first female member of the heretical Assassins, the chance to seek her revenge lures her in. She trains to harness her supernatural strength and agility, and then enters the King of Jerusalem's court in disguise with the assignment to assassinate Guy de Molay, her mother’s condemner. But once there, she discovers Earic Goodwin, the childhood friend who still holds her heart, among the knights—and his ocean-blue eyes don’t miss a thing. Will vengeance be worth the life of the one love she has left?


Excerpt
Earic emerged from behind a rosebush, his eyes glistening at her. He looked misplaced, this broad-shouldered monk-warrior, wandering amid the blooms of an Eastern garden. Even at night, the reds and golds and pinks were vivid and breathtaking. “Is Marguerite well?” he asked immediately, his brow creased with concern.
Zayn frowned as he sat beside her on the bench. “She has been better.”
“Her injury—”
“It is healing well. It’s not her leg that ails her so much.” Zayn looked down into her lap. How would she tell him what Marguerite should be telling him herself? This whole situation was terribly uncomfortable. “Lady Melisende has forbidden her from keeping your company.”
He exhaled, looked down as well. “I thought she might.” Zayn tilted her head to look at his profile. His hair was freshly washed and still damp, dark at the roots and shorter than before. Gone was the baby-faced Fair Boy she remembered; the man beside her had a network of scars on his sun-baked face and neck. His palms were like cracked leather, and the scent of sandalwood mingled with the musk of a man. She was surprised to find that it did not repulse her. In fact, it did quite the opposite. She glanced away.
“She never did approve of our friendship,” he said with a sad smile. “I was not good enough for her daughter. And I don’t disagree—I am not good enough for Marguerite.”
“Oh, stop,” Zayn said impatiently. “Just because you were not born into the right family doesn’t mean you cannot be friends.”
Earic looked at Zayn. “I suppose. But Marguerite is something special.”
Her expression softened. “Yes. I agree.” She hesitated for a moment. “She wanted me to tell you that no matter what, your friendship will endure.”
His smile was like a bolt of lightning in the dark. “Of course it will. Just like ours has.”
Zayn focused straight ahead, her blood beginning to hum. “I don’t know what you mean.”
“Zayn.” His voice was hoarse with emotion, his hand gently brushing against hers. “I know it’s you. I knew it was you the moment I saw you.”
“Your enemy,” she heard herself say, turning to look at him.
His voice was barely a whisper. “God’s bones! What have you become?”
Emotion clogged her throat, made her voice rasp. “Forget you ever met me, Earic. You must forget. I must kill you otherwise.”
“You can try. You won’t succeed.” He moved his hand up her arm, sending sparks throughout her body. “I had intended to visit Monteferrand soon. I wanted…to find you.”
She shook her head, her breath coming quickly now. “Find me? Why? You are a Templar, have you forgotten? And I…I’m not the girl you remember, not even a shadow of her.”
“I follow no one’s law but my own.” His face was illuminated from within. “As for the girl from Rafaniya… She’s here, I can still see her.” He raised his hand to her mouth and touched her lips with his forefinger.
Her every nerve tingled in response, her brain woozy with realization. Was it possible that he had feelings for her? In the blink of an eye, her hand flashed out, seeking his throat. Before she could grasp him, he’d snagged her wrist in his powerful fist. Her other hand lashed out; he stopped it as well. Her body rose in fury, but he rose with her, twisting her forcefully against him. Locking her within his arms, he lowered his head. “I won’t touch you, Zayn, I swear it. Please, control your strength. I don’t want to hurt you.”
The roar abated; her strength retreated like a falling tide. She gasped and slumped against him. How was he so strong? She was surprised how far up she had to look to meet his gaze. “I don’t understand. How…?”
His lips were inches from hers. “Haven’t you realized it yet, Zayn? You and I…”
His breath mingled with hers, intoxicating her. “What?” she managed to whisper.
Rather than answer, he dipped his head just a fraction and touched her mouth with his. The spark his lips ignited was so very different from the one created by her power. A warmth spread throughout her body, turning her muscles to jelly. She felt completely, utterly human in Fair Boy’s arms, and it was too good to be true…
She pulled away abruptly, horrified. “I have to go. I can’t… You must forget about me, Earic. Or else you put your life in danger.” Before he could reply, she turned and hurried away, breathless with fear. 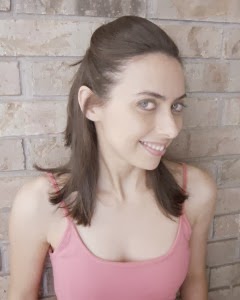 Rima Jean received a degree in archaeology from the University of Pennsylvania. After a dismal law school experience, she floundered a bit before accepting her calling: storytelling. She resides in Houston with her wonderful husband and two beautiful daughters, where she writes, edits, and dabbles in digital art.

a Rafflecopter giveaway
Posted by Aneta at 11:40 AM