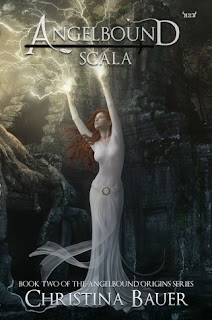 Scala by Christina Bauer
Nineteen-year-old Myla Lewis has transformed into Great Scala, the only being with the power to move souls out of Purgatory and into Heaven or Hell. Trouble is, a magical object called Lucifer’s Orb is limiting Myla’s abilities. If she tries to move a soul, the Orb’s forcing her to send that spirit straight to Hell. So, what’s a girl to do? Send innocents to the fiery down-under?No way. Myla’s gone on a supernatural strike. No souls go anywhere until the Orb’s history. It’s the right thing to do, but Purgatory’s Soul Storage buildings are turning into time bombs. No spirits are moving out, while millions keep coming in. Myla’s determined to find the Orb and send the innocent to Heaven, but she’s running out of time. Soon, the containment fields will burst, releasing a mob of homicidal ghosts.With Soul Storage ready to explode, Myla’s got enough on her plate without her old enemy, Lady Adair, causing problems. Adair is launching an ingenious campaign to take away everything that Myla holds dear, including Myla’s Angelbound love, Prince Lincoln. Between their clever ideas and toe-curling kisses, Myla and Lincoln are fighting back. But will they beat the clock or lose everything to Adair’s devious schemes? 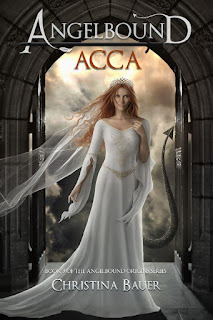 Acca by Christina Bauer
In just one week, supernatural warrior Myla Lewis must discover enough evidence to send the evil House of Acca to prison… or she’ll end up in jail herself, along with her fiancé, Prince Lincoln. No pressure.To gather proof, Myla and Lincoln go undercover at an all-girl’s high school on Earth. Lincoln acts as the new gym teacher; Myla becomes the school’s least popular transfer student ever. To stop them from getting the goods, Acca releases Hell on Earth. Literally. Good thing Myla and Lincoln aren’t afraid of a tough fight. This one promises to be the hardest yet. After all, who ever said high school wasn’t hell?