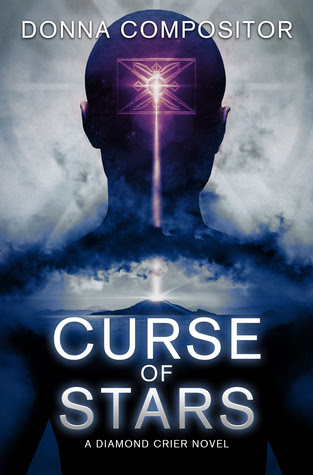 
Synopsis: Sabi Perez is the last Diamond Crier, only she doesn’t know it. Not until a crazed ruler from another world comes to collect her priceless tears and won’t take no for an answer.
Living in New York, Sabi’s seen some nasty things, but the lengths to which her captor will go to keep his crown are things found only in the darkest nightmares. Afraid and alone, Sabi finds solace in her cellmate, Anya, and Cabal, a fellow Crier who also has powers, a rare combination that buys his favor from the ruler. Only it’s a favor he doesn’t want.
In a fit of rage, power erupts out of Sabi, the same power Cabal has, and a spark of hope ignites. Together they may have a chance at escape, something no other Crier has done. Except a ruler hellbent on draining them of every last diamond tear isn’t their only hurdle. If they escape they’ll be hunted to the ends of the earth, if they survive the trek to safety. If they stay the ruler will leech them dry. Sabi would rather die trying than lie down and die, even if that means running away into even more danger.
“. . . vividly imagined and deftly plotted dark fantasy . . .” BookLife Prize in Fiction

My Review
Her parents ran away. They took her to Earth in order to hide her. They knew he was going to come for her one day and take her away. There are only a few Diamond Criers left, and he wants to collect them all, and have all their tears for himself.
The Curse of Stars is full of action, has interesting characters, and a captivating world.
The storyline of this book starts off fairly fast. Only a few chapters in, Sabi is taken from her parents, and the action begins. As a captive, she is tortured and neglected. It is her two friends, Anya and Cabal who manage to keep her sane, with thoughts of escape and revenge.
The world that Donna Compositor created is very dark, yet captivating at the same time. The author didn't sugar coat things, and talked about various torture methods in a horrific way that was so compelling to read about. When Sabi was held captive, it wasn't all rainbows and ponies, it was pain, torture and a lot of things that had her scared. This was one of the reasons the book really held my interest at the beginning. It was truthful, dark and good.
As the book went on, I found myself getting a bit bored. While there was a good amount of action in the second half of the book, there was no real climax. It was basically a rollercoaster ride, with a bunch of small little bumps, there was no big drop at the end. It was also around this time that I found the main character to be a little too paranoid and annoying at times. I'm not sure if it was just me, but unfortunately I just didn't find the second half of the book as good as the first.

While I wasn't a huge fan of Sabi near the end of the book, one character that I loved throughout the whole book was Anya. She is so real and truthful I absolutely love it. Sabi and Anya didn't get off to a great start because Anya was so forward about her hate for Sabi, but as time went on Sabi learned what a good person Anya was and they became fast friends. Their friendship really made me want to keep reading the book.
Overall, while it had its ups and downs, it was still a wonderful novel. I'll be looking forward to reading the next book. 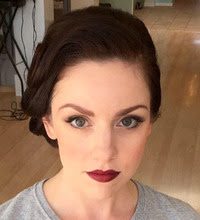 Author Bio:
Donna has been writing since she was in the single digits when she first realized she needed to do something about all the thoughts in her head. After a stint with bad poetry she finally found her way to novels, mainly of the young adult fantasy variety. When she’s not cranking out more stories she works a regular 9 to 5, reads anywhere from 2 to 3 books a week, drinks copious amounts of tea, eats way too much, and makes her own beauty products because her skin turns into a sentient hive if she uses anything else. This is mostly because she lives in the desert where the air siphons water clean out of her. She lives with a man named Steve and several quadrupeds: three cats named Renfield, Sam, and Dean; and a MinPin named Malfoy.