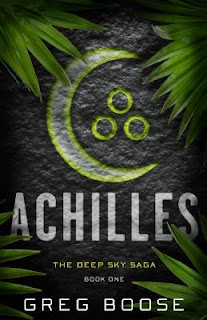 Synopsis: Lost meets The 100 in this action-packed YA science fiction series-starter. The year is 2221, and humans have colonized an earthlike planet called Thetis in the Silver Foot Galaxy. After a tragic accident kills off dozens of teenage colonists, Thetis's leaders are desperate to repopulate. So the Mayflower 2, a state-of-the-art spaceship, sets off across the universe to bring 177 new recruits to the colony.
For Jonah Lincoln, an orphaned teen who's bounced between foster homes and spent time on the streets of Cleveland, the voyage is a chance to reinvent himself, to be strong and independent and brave the way he could never be on Earth. But his dreams go up in smoke when their ship crash-lands, killing half the passengers and leaving the rest stranded--not on Thetis, but on its cruel and unpeopled moon, Achilles.
Between its bloodthirsty alien life forms and its distance from their intended location, Achilles is far from an ideal resting place. The situation is already dire, but when all of the adults suddenly disappear, leaving the teenage passengers to fend for themselves, Jonah doubts they'll survive at all, much less reach Thetis. Especially when it appears Achilles isn't as uninhabited as they were led to believe. 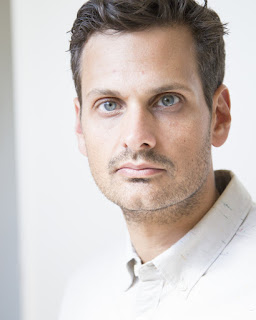 About the Author
The fourth of six kids, Greg Boose grew up on a large produce farm in northeast Ohio. He received his undergraduate degree from Miami University, and then later received his M.F.A. at Minnesota State University Moorhead where he focused on screenwriting and fiction.

Greg is the former Los Angeles and Chicago Editor for BlackBook Magazine, and his work has appeared on/in many magazines and websites, popping up in culture and news publications like Chicago Public Radio, The Believer, The Huffington Post, Time Out Chicago, Chicago Reader, and NFL.com; writing silly shit for humor sites like McSweeney's, Cracked.com, Yankee Pot Roast, Monkeybicycle, The Nervous Breakdown, Feathertale, and Opium; and working hard on writing TV pilots, humor shorts, and plays. His one-act play "Everybody Else's Fault" was performed by Bakersfield Community Theater in 2010, but he was too broke to travel and see it live.

When he’s not writing or reading, he enjoys skateboarding, boxing, tennis, following the Cleveland Browns and Cavaliers, collecting turtle skulls, and testing to see if people read everything closely.

He lives in Santa Monica with his two young daughters.

Giveaway
Enter below for a chance to win one of three Advanced Reader Copies of Achilles by Greg Boose. Contest is open to US addresses only.
a Rafflecopter giveaway
Posted by Aneta at 1:00 AM