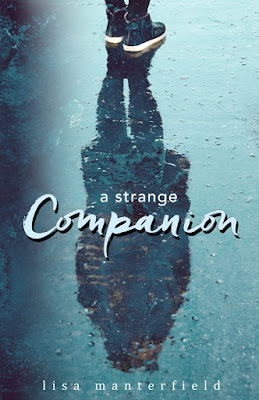 Synopsis: Kat Richardson isn’t running away from grief; she’s just hiding out in a gloomy Welsh university town until she’s sure it’s gone. Now, one year, nine months, and 27 days after the climbing death of her first love, Gabe, she thinks she’s ready to venture out into the relationship world again. And Owen—a cake-baking, Super Ball-making chemistry student—appears to be a kind, funny, and very attractive option.

But the arrival of Kat’s newly adopted niece, Mai, forces her home to northern England, where she runs headfirst into all the memories of Gabe she’s tried to leave behind—and discovers that Mai stirs up an unnerving feeling of déjà vu. Before long, Kat’s logical, scientific beliefs about life after death are in battle with what she feels to be true—that reincarnation is real and Gabe has come back to her through Mai. The question now, is why?

Taking on the topics of love, loss, and how we deal with grief, A Strange Companion is a twisted love triangle among the living, the dead, and the reincarnated.

Excerpt
Mai dropped to her knees and wrapped her arms around Frida’s enormous head. She rested her cheek against Frida’s bristly fur and the two of them lay there as if they’d been best pals forever. Luke reached down and ran his hand along Frida’s back. As he moved back to stroke again, his hand paused on Mai’s arm, curled around Frida’s neck.
Luke froze.
I felt the air around us go still—all except for one crackle of energy that danced between Mai and Luke. I felt it, Luke felt it, Frida felt it . . . and so did Mai.
Luke cast his eyes down at the little girl at his feet, who stared, unblinking, back at him. His brow wrinkled, as his mind struggled to understand what I knew his heart felt. Then, something passed between them that I had once seen pass between Luke and his brother. It was more than love, more than understanding, more, even, than blood. It was a deep connection, a spark between two people, two souls, who were inextricably intertwined.
Luke looked at me. “Did you feel that?”
I nodded.
“What was it?”
I hesitated. I knew exactly what it was, but how could I tell Luke? It was one thing to tell Maggie about my suspicions, but Luke was Gabe’s brother. Was it fair of me to risk opening up the hurt I knew he’d spent the past two years trying to heal? But perhaps I wasn’t the only one Gabe needed to visit. I felt a prickle of excitement at the possibility that someone else might finally understand.
Glancing back to make sure Luke and I were out of earshot, I leaned in and whispered. “I think it’s Gabe.”
Luke narrowed his eyes at me. “He’s haunting her?”
I shook my head. “Do you believe in reincarnation, Luke?”
He shrugged, but the expression of curiosity on his face prompted me to take a chance.
“I didn’t either until I met Mai.”

Author Lisa Manterfield
Lisa Manterfield is the award-winning author I’m Taking My Eggs and Going Home: How One Woman Dared to Say No to Motherhood. Her work has appeared in The Saturday Evening Post, Los Angeles Times, and Psychology Today. Originally from northern England, she now lives in Southern California with her husband and over-indulged cat. A Strange Companion is her first novel.

$100 Amazon Gift Card or Paypal Cash Giveaway Ends 4/28/17 Open only to those who can legally enter, receive and use an Amazon.com Gift Code or Paypal Cash. Winning Entry will be verified prior to prize being awarded. No purchase necessary. You must be 18 or older to enter or have your parent enter for you. The winner will be chosen by rafflecopter and announced here as well as emailed and will have 48 hours to respond or a new winner will be chosen. This giveaway is in no way associated with Facebook, Twitter, Rafflecopter or any other entity unless otherwise specified. The number of eligible entries received determines the odds of winning. Giveaway was organized by Kathy from I Am A Reader and sponsored by the author. VOID WHERE PROHIBITED BY LAW. a Rafflecopter giveaway
Posted by Aneta at 12:00 AM