I am so excited that PERFECT by Cecelia Ahern is available now and that I get to share the news!

If you haven’t yet heard about this wonderful book by Author Cecelia Ahern, be sure to check out all the details below.

I've had the chance to read Flawed & Perfect, and I absolutely love this series. Highly recommended. Check out my reviews here and here.

This blitz also includes a giveaway for 2 sets of finished copies of FLAWED & PERFECT courtesy of Fierce Reads and Rockstar Book Tours. So if you’d like a chance to win, enter in the Rafflecopter at the bottom of this post. 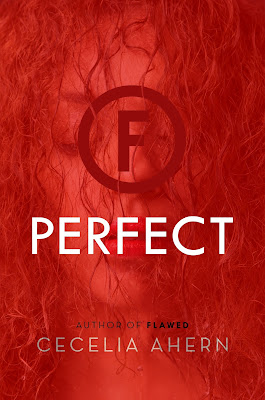 Synopsis: Celestine North lives in a society that demands perfection. After she was branded Flawed by a morality court, Celestine's life has completely fractured--all her freedoms gone.

Since Judge Crevan has declared her the number one threat to the public, she has been a ghost, on the run with Carrick--the only person she can trust.

But Celestine has a secret--one that could bring the entire Flawed system crumbling to the ground. A secret that has already caused countless people to go missing.

Judge Crevan is gaining the upper hand, and time is running out for Celestine. With tensions building, Celestine must make a choice: save just herself or to risk her life to save all Flawed people.

And, most important of all, can she prove that to be human in itself is to be Flawed?

Check Out Book One 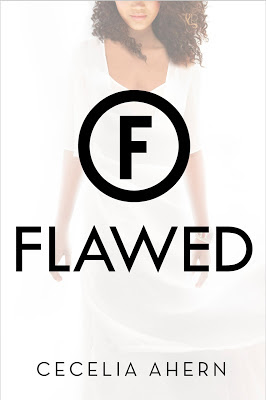 In her breathtaking young adult debut, bestselling author Cecelia Ahern depicts a society in which perfection is paramount and flaws are punished. And where one young woman decides to take a stand that could cost her everything.

They stay there for three hours.
My muscles burn, my feet ache, but I’m afraid to move.
When the fire has reduced to a smolder, Granddad and Dahy are ordered to place the bundles of food onto the coals. The farmworkers watch from their orderly line, their F brand armbands all visible on their right arms, just above their elbow.
This was supposed to be a celebration, a coming together to show that the Guild couldn’t beat them down. Now the Whistleblowers themselves are here. Hiding behind the tree, huddled on the ground, hugging my legs, shivering from the damp forest, I can’t say that I feel empowered. This feels like a defeat.
Granddad and Dahy cover the food with the soil so it will cook under the ground in the heat. Granddad looks at the ground, his work finished, as though he’s buried me alive. Again I want to call out to him that I’m okay, I made it out, but I can’t.
A phone rings and the female Whistleblower takes it. She steps aside, walks away from the others, so she can talk in private. She moves closer to me in the woods. I tense up again.
“Judge Crevan, hello. It’s Kate. No, Judge, Celestine isn’t here. We’ve checked everywhere.”
Silence as she listens and I hear Crevan’s voice from where I stand. Kate walks farther and stops by my tree.
I press my back to the tree, squeeze my eyes shut, and hold my breath.
“With all due respect, Judge, this is the Guild’s sixth visit to the property and I believe Mary May was meticulous in her search. We’ve checked everywhere you can imagine. I don’t believe she’s here. I think the grandfather is telling the truth.”
I can hear the frustration in her voice. They’re all under pressure to find me, pressure placed on them by Judge Crevan. Kate takes a few more steps, right into my eyeline.
She slowly scans the forest, her eyes searching the distance.
Then she looks right at me. 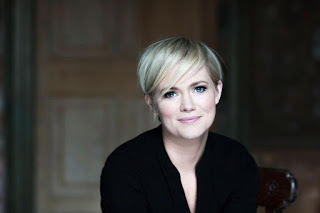 At twenty-one, Cecelia wrote her first novel PS, I Love You, which was sold to forty-seven countries. The film of the same title, directed by Richard LaGravenese and produced by Wendy Finerman productions, starred Hilary Swank, Lisa Kudrow, Kathy Bates, Gerry Butler, Harry Connick Jr, Gina Gershon and Jeffrey Dean Morgan. PS, I Love You was one of the biggest-selling debut novels of 2004, reaching number 1 in Ireland and in the UK Sunday Times bestseller list. It was also a bestseller throughout Europe and the USA, staying on the best-seller list in Germany for 52 weeks.
That same year, in November 2004, her second book Where Rainbows End (as Rosie Dunne hardback in the US, Love, Rosie paperback in US) also reached no.1 in Ireland and the UK, remaining at the top of the Irish bestsellers list for 12 weeks and again was a bestseller internationally.  Where Rainbows End was adapted for film titled Love, Rosie and will be released in Oct 2014, starring Lily Collins and Sam Claflin.
Her third book If You Could See Me Now was published in November 2005 and also became an international bestseller. It has been optioned by producer Simon Brooks, producer of Love, Rosie.
Cecelia’s fourth novel A Place Called Here (published under the title There’s No Place Like Here in the US) also became an international number one bestseller.
Thanks For The Memories her fifth novel was also a huge bestseller and is now being adapted for a TV Drama Series by Gate Productions.
The Gift was published in October 2008 and became an International bestseller. It is optioned by Oscar winning producer Andreas Bareiss, and it is going into production later this year.
Her seventh novel The Book Of Tomorrow was released in October 2009 and eOne Television are developing it for a TV series in the US.
In March of 2011 her two short stories, Girl in the Mirror were published.
In November by Cecelia’s eighth novel The Time Of My Life was published and also became a bestseller.
Her ninth novel One Hundred Names was published in October 2012 and became a number one bestseller.
Her tenth novel How To Fall In Love was published last November and also became another bestseller.
To date Cecelia has sold over 22 million copies of her books worldwide.

Giveaway
2 Winners will receive finished copies of FLAWED & PERFECT, US Only.


a Rafflecopter giveaway
Posted by Aneta at 12:00 AM