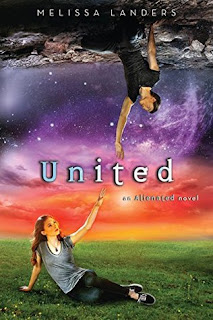 Synopsis: After thwarting a deadly coup and saving the alliance between their worlds, Cara and Aelyx have finally earned a break. Their tiny island colony is everything they dreamed it would be―days spent gathering shells on the beach and nights in each other’s arms.
But the vacation is short-lived.
The treaty between Earth and L’eihr has awakened an ancient force that threatens to destroy them all. The Aribol, mysterious guardians charged with maintaining interstellar peace, deem the alliance a threat to the galaxy. They order a separation of the races, decreeing humans and L’eihrs must return to their own planets within the month or face extinction. In fact, they already have agents in place on Earth, ready to begin.
With the clock ticking, Aelyx and Cara assemble a team of colonists and race back to Earth, where they unite with old friends to solve the mystery of who the Aribol are, what they want, and the real reason the alliance has provoked them. As tensions build to a full-scale war, Aelyx and Cara must fight harder than ever―not just for their future, but for the survival of both their worlds.

My Review
I think this is the first time that the last book in a series has been my favourite. But it's true! I loved United way more than the first two books, don't get me wrong, they were great, but this one just tied everything together and had such a great storyline that I could not put the book down. It was all so amazing, I'm very sad that the series is over.
We pick up the story with Cara and Aelyx setting out to the colony. The place where they are supposed to get their happily ever after among their fellow humans and L'ehirs. But when the ancient race of Aribol reach out to them, giving them the option of severing the contact between the two planets or being destroyed, Cara and Aelyx must fight for their life together as well as the safety of both of their planets.
I am so happy with the way this book turned out. All the questions you've had in the previous books about Jackson and Aisley, Cara's brother, what happens to Serene now that David has passed away? All those question will be answered in this book, with some crazy action that will keep you on your toes.
The romance in this book does not disappoint. After having the distance between Cara and Aelyx in the last book, it was such a relief to see them together in this one, working side by side to create a future for themselves. While I loved reading about the two of them, because they just seem like a married couple already, what I really enjoyed reading about was how Serene was dealing with the passing of David, as well as the new budding romance between Aelyx and Cara's siblings. Wink wink.
The world-builidng was about the same level as the other books, this time we get to see lots from the colony and a few new places on earth as well as some space ships which was alright. It was very well written but definitely not the main focus of the book.
Overall, I loved the action, the storyline, the characters. Basically everything. I loved how the author decided to end the story and I will definitely be reading more from this author. I highly recommend this series to everyone who loves YA Fantasy books, you won't be disappointed.
Happy Reading,
Aneta
Posted by Aneta at 2:00 AM