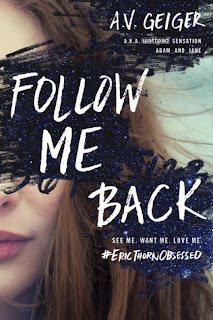 Follow Me Back by A. V. Geiger
Tessa Hart’s world feels very small. Confined to her bedroom with agoraphobia, her one escape is the online fandom for pop sensation Eric Thorn. When he tweets to his fans, it’s like his speaking directly to her…
Eric Thorn is frightened by his obsessive fans. They take their devotion way too far. It doesn’t help that his PR team keeps posting to encourage their fantasies.
When a fellow pop star is murdered at the hands of a fan, Eric knows he has to do something to shatter his online image fast—like take down one of his top Twitter followers. But Eric’s plan to troll @TessaHeartsEric unexpectedly evolves into an online relationship deeper than either could have imagined. And when the two arrange to meet IRL, what should have made for the world’s best episode of Catfish takes a deadly turn…
Told through tweets, direct messages, and police transcripts. 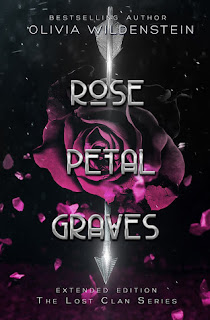 Rose Petal Graves by Olivia Wildenstein
ANCIENT SECRETS CANNOT REMAIN BURIED FOREVER.
Founded two centuries ago by a powerful tribe of Gottwa Indians, Rowan was a quiet town, so quiet that I fled after graduation. Staying away was the plan, but Mom died suddenly.
Dad said she suffered a stroke after she dug up one of the ancient graves in our backyard, which happens to be the town cemetery. Creepy, I know. Creepier still, there was no corpse inside the old coffin, only fresh rose petals.
As we made preparations for Mom’s burial, new people began arriving in Rowan, unnervingly handsome and odd people. I begged them to leave, but they stayed, because their enemies—my ancestors—were beginning to awaken.