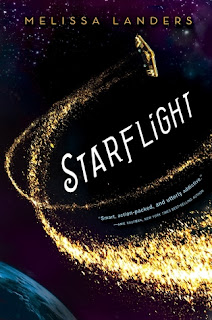 Synopsis: Life in the outer realm is a lawless, dirty, hard existence, and Solara Brooks is hungry for it. Just out of the orphanage, she needs a fresh start in a place where nobody cares about the engine grease beneath her fingernails or the felony tattoos across her knuckles. She's so desperate to reach the realm that she's willing to indenture herself to Doran Spaulding, the rich and popular quarterback who made her life miserable all through high school, in exchange for passage aboard the spaceliner Zenith.
When a twist of fate lands them instead on the Banshee, a vessel of dubious repute, Doran learns he's been framed on Earth for conspiracy. As he pursues a set of mysterious coordinates rumored to hold the key to clearing his name, he and Solara must get past their enmity to work together and evade those out for their arrest. Life on the Banshee may be tumultuous, but as Solara and Doran are forced to question everything they once believed about their world—and each other—the ship becomes home, and the eccentric crew family. But what Solara and Doran discover on the mysterious Planet X has the power to not only alter their lives, but the existence of everyone in the universe...

My Review
“Cheating death was exhausting.”
Starflight is addicting. The characters, the world, the action. I just want more.
Before I get into the book review. I just want to take a moment to congratulate Melissa Landers. Her first book Alienated was very good, but the next books in that series were even better. Then she writes this masterpiece, and blows my socks off. Her writing just keeps getting better with every new book she releases. It is so wonderful to see such great improvement and I can't wait to read her future books. Keep it up Landers.
Starflight follows the story of Solara, an orphan who's looking for her way to a new planet to make a better life for herself. When no one wants to hire her, due to her previous convictions, it is the boy who she hated most in high school, Doran Spalding, who buys her passage as long as she is his servant. When Doran learns of her conviction, he no longer wants any part of Solara and decides to fire her and leave her at an outpost, left to fend for herself. So what does Solara do? She stuns him with a gun, which causes him to temporarily lose his memory. I mean, what other options did she have... right?
I seriously can't tell you how addicted I was to this book. I believe I was three chapters in when the action and storyline became so good I didn't want to put it down. The best thing is, that the action stayed like that throughout the whole book, there were no boring parts what so ever.
A huge reason that I liked this book is because I love Solara as the main character. She is someone you can easily relate to and fall in love with. Not only is she a talented mechanic, but she is very strong and independent. She's made some mistakes in her life, which makes her feel so real. It really made me love her when she decided to share the story of why she was convicted, I would have done the same thing if I was in her place, so I truly understand her actions and respect her.
The romance in this story was really well written. There was no love-triangle (thank god). And the romance is basically the opposite of insta-love. The two main characters have a real hate for each other, but need to depend on one another in order to survive. Its through time that they get to know each other, and the things that once made them mad turn into things they like about each other. Kinda hard to explain, but trust me its a great romance.
The world-building was fantastic, we get to see a different side of Earth from the stories of Solara and Doran's past. As well as a futuristic world where other planets are inhabited by human colonies. Each ship and planet the main characters go is very different and explained so well you think you're in the story yourself.
Overall, I'm adding this to my favourites shelf because I loved it so much. I cannot wait to read the next book in the series, and have already recommended this one to everyone I know. So if I haven't already told you, please check this one out. If you love a good adventure, or a beautiful new fantasy world, this is definitely the read for you.