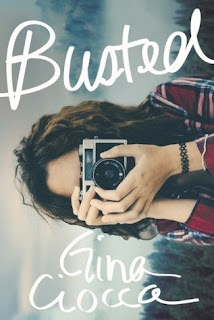 Synopsis: Catching cheaters and liars is a lucrative hobby—until you fall for one of the suspects. Perfect for fans of Veronica Mars, this new novel from the author of Last Year's Mistake will steal your heart!

Marisa never planned to be a snoop for hire. It wasn't like she wanted to catch her best friend's boyfriend making out with another girl. But as her reputation for sniffing out cheaters spreads all over school, Marisa finds herself the reluctant queen of busting two-timing boys.
And her next case? It's for ex-frenemy Kendall. She's convinced her boyfriend, TJ, has feelings for someone else and persuades Marissa to start spying on him. But the more Marisa gets to know sincere and artistic TJ, the more she starts to fall for him. Worse yet, the feelings seem to be mutual. Marisa knows she needs to give up her investigation—and the spoken-for guy who may just be the love of her life. Then she uncovers new secrets about Kendall and TJ, secrets that take "cheater" to a whole new level...
My Rating
4/5 stars

My Review
Busted was a fantastic read. I got so invested in the story that I had to finish it as soon as I could because I just needed to know what happens next.Like any good friend, Marisa has her best friend Charlotte's back. So when she catches her friend's boyfriend with another girl, she will do anything to snap a picture of him in the act to prove to her best friend that he is a cheater. When news gets around about what Marisa did for her best friend, other girls want in, and Marisa becomes Reverse Cupid, private investigator. But when an old friend hires her to spy on her boyfriend, Marisa can't help but catch feelings for the supposed cheater. Can Marisa bust her old friends cheater, before someones busts her?Going into this book, I was a bit worried that it would be predictable and have lots of cliches, but I was happily surprised about how this book ended turning out. This book deals with a lot of different issues, other than just falling in love with a boy you're not supposed to. It also focuses on issues like online bullying, friendship, family, college, and cheating (not only on your significant other, but also in school).Marisa was a fantastic main character. She is brave, smart, down to earth and extremely friendly. She has really great friends, and will do anything to keep them. You know her friendship is real because her and her friends don't get in little fights, they are quick to see each other's point of view and make up. Her relationship with her family is also very important, she has a fantastic relationship with her brother, and it was so lovely to read a book where the brother and sister are friends rather than enemies for once. We didn't get to see to much of her mother and father, but when we did she was very polite and kind to them as well. The thing I loved most about Marisa is that while she was very smart and got accepted to a better school, her parents afford to send her there, yet Marisa didn't hold a grudge or didn't act like a spoiled brat. Sure she was disappointed, but she understood why. It is so wonderful to see such a capable character who is also understanding of her parents. There were times where Marisa's character was a bit naive, but by the end of the book she definitely learned her lesson, making her an even better character all together. The plot of this story mostly focuses around the mystery aspect of trying to catch the 'cheater' and later on about catching the person who framed Marisa's best friend. So if you're not really into a mystery read, then there wont be too much action for you until the very end of the book. While I enjoyed it, I know a few people might not.Other than the slow beginning, the only thing I didn't like about the book was that it left me with questions about what happens after the book ends. A lot of the focus of the book was Marisa writing an essay about her experience to get a scholarship that could send her to her college of choice, since her parents cant afford to send her there. But we end the book shortly after Marisa submits the essay, and we never find out if she got the scholarship, or if she got to go to her college of choice. While its not a huge deal, the book does focus on college a bit, and it seemed weird not to include if she got in or not.Overall, I highly recommend this book to all YA contemporary and mystery fans. This will be a cute and short read that you will definitely enjoy. I cant wait to read future books from this author.Happy Reading,Aneta
Posted by Aneta at 2:00 AM