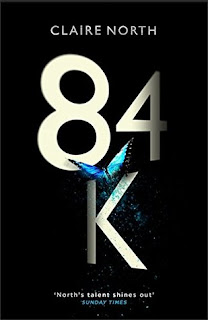 84K by Claire North
What if your life were defined by a number?
What if any crime could be committed without punishment, so long as you could afford to pay the fee assigned to that crime?
Theo works in the Criminal Audit Office. He assesses each crime that crosses his desk and makes sure the correct debt to society is paid in full.
But when Theo's ex-lover Dani is killed, it's different. This is one death he can't let become merely an entry on a balance sheet.
Because when the richest in the world are getting away with murder, sometimes the numbers just don't add up. 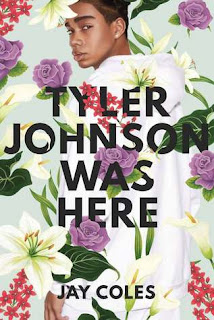 Tyler Johnson Was Here by Jay Coles
When Marvin Johnson's twin, Tyler, goes to a party, Marvin decides to tag along to keep an eye on his brother. But what starts as harmless fun turns into a shooting, followed by a police raid.
The next day, Tyler has gone missing, and it's up to Marvin to find him. But when Tyler is found dead, a video leaked online tells an even more chilling story: Tyler has been shot and killed by a police officer. Terrified as his mother unravels and mourning a brother who is now a hashtag, Marvin must learn what justice and freedom really mean.