Cover Reveal: Of Sea and Stone by Kate Avery Ellison 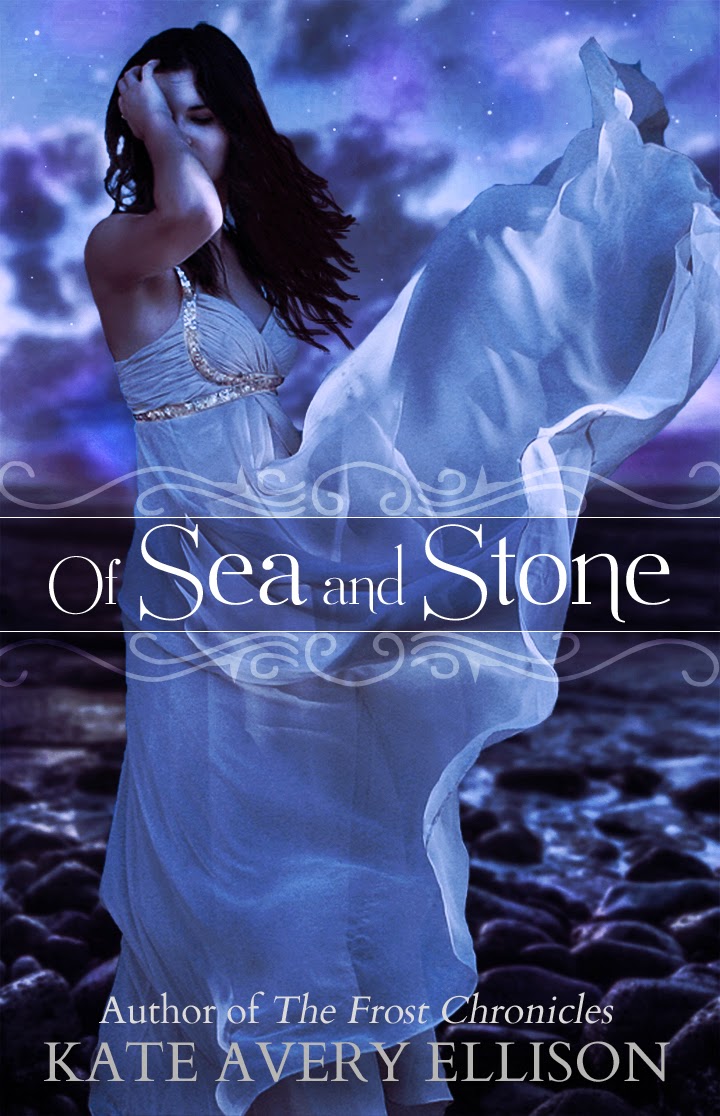 Goodreads Summary: All her life, clever Aemi has been a slave in the Village of the Rocks, a place where the sea and sky meet. She’s heard the stories about the fabled People of the Sea, a people who possess unimaginable technology who live below the waves in the dark, secret places of the ocean. But she never dreamed those stories were true.

When a ship emerges from the ocean and men burn her village, Aemi is captured, and enslaved below the waves in Itlantis, a world filled with ancient cities of glass and metal, floating gardens, and wondrous devices that seem to work magic. To make matters worse, her village nemesis, the stuck-up mayor’s son Nol, was captured with her, and they are made servants in the same household beneath the sea.

Desperate to be free, Aemi plots her escape, even going so far as to work with Nol. But the sea holds more secrets than she realizes, and escape might not be as simple as leaving…

My Opinion: This cover is beautiful! It looks mysterious in some ways, but gentle and feminine. I absolutely love the font of the letters and the amazing background. The girl (I'm guessing its Aemi) looks really pretty. Could you imagine how long it took to make her dress! All that shading, I definitely have to give props. Congratulations on making a fantastic cover.

I've been making up stories since I was five years old, and now I'm thrilled to be able to do it as a full-time job. I have an obsession with dark fantasy, dystopian futures, and Pride and Prejudice-style love stories full of witty banter and sizzling, unspoken feelings. When I'm not writing, I'm creating digital art, reading funny blogs, or watching my favorite shows (which include TVD and BSG). I live with my geeky husband and our two bad cats in Atlanta, GA.

Let me know what you thought of this cover in the comments.
Posted by Aneta at 6:54 AM