Book Blitz & Giveaway: Back to Me by Lindsay Paige 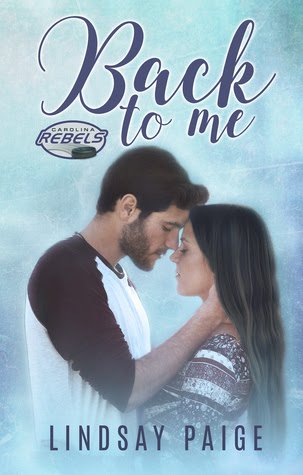 
Synopsis: Noah Ramsey has a great hockey career, wonderful parents, and a good best friend, but what he wants most is to be with the love of his life who walked away from him years ago. When he finds her at the airport, he realizes she’s changed, and she’s struggling with things she doesn’t want to tell him about. Noah also realizes just how much she scarred him when she left.
Meredith Quick has always planned everything out. She chose her tennis career over love in order to better succeed, but her plan dissolves when an injury threatens her career and her fiancé leaves her. Struggling through pain and the uncertainty of her future, she realizes her first misstep was walking away from Noah. She impulsively decides to go back to him while she attempts to put her life back together.
Reacquainting isn’t easy when Noah doesn’t quite trust Meredith to stay and Meredith struggles with overcoming the pain she’s endured without him. Can they work through their issues and move forward, or will their past ruin things between them forever?

Goodreads / Amazon / Barnes & Noble / Kobo / iBooks
—
EXCERPT:
“Tell me about you.”
He tilts his head back to lean against the seat. I’m not sure what it means that he’s not looking at me as he speaks. “Well, I love playing as a pro. It’s been a bit frustrating at times, but I wouldn’t trade it. My teammates are great, too. Maybe you can meet one or two of them while you’re here.”
“I’d like that. What about your family?”
“You already know Ashley had a baby. She’s been married to Oliver for about a year now. She met him in college and he proposed the day after they graduated. Mom and Dad are doing well, too. Dad spends his time on the golf course while Mom makes quilts and does whatever it is she does with her friends. Not much has changed with them. I would ask about your family, but I already know. And since you don’t want to talk about you, I’m not sure if I should ask how you’ve been.”
He does know how they are because according to my parents, he talks to them almost as often as he talks to his own parents. He’s right, too. I don’t want him to ask how I’ve been because if I start talking, I might become a crazy, blubbering mess. “Tell me what you know about my life instead.” Then, I’ll find out how much he knows about Vance. How much he knows about my disastrous life. I’m not sure what he talks about with my parents or how much information my mom provides about me.
“I know you’ve hated dealing with your injury, you’re worried you’ll be forced to leave the game early, and you don’t talk about it if you can help it. From what I hear, you also refuse to talk about your engagement and why it ended. Your parents are worried about you, too. That’s all I know, Mere. You mom only gives me brief updates. She knows I want to know how you’re doing, but she doesn’t want to say too much either, out of respect to you.” He pauses as a flight attendant checks on us and then focuses his attention on me again. “Am I crazy for hoping you’ll talk to me about those things?”
“Yes.” I don’t want to, not yet. Just like I want to find out if he has a girlfriend, but I’m too scared to ask right now.
Noah nods, not looking surprised at all. He leans his head against the seat again, facing forward. “I’ve missed you, Meredith.” Four quietly spoken words that echo loudly in my heart as if he just shouted them.
I glance away, deciding the cloud-filled sky is a more preferable view than this handsome man next to me. “I’ve missed you, too,” I whisper. More than he could ever imagine. 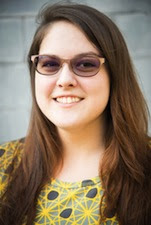 Author Bio:
Lindsay Paige is the author of multiple Young Adult, New Adult, and Sports romances. She also coauthored sports romances with Mary Smith. Along with writing, she loves reading, watching hockey, especially the Pittsburgh Penguins, and finding funny terrible puns and recipes on Pinterest. All the while, she is also focused on completing college.
Lindsay resides in North Carolina and is inspired by the world around her and the people in it. She is currently working on numerous solo works. Visit her website: lindsaypaige.com