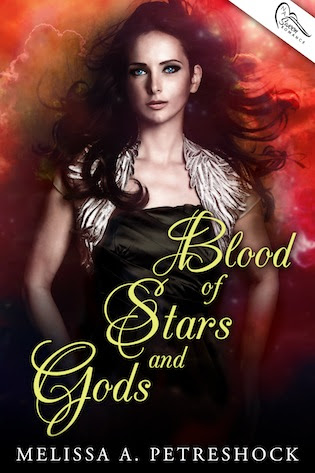 
Synopsis: Forever does not go on unchanged.
Caitriona Hayden’s destiny as the Dracopraesi dragon’s North Star is no clearer to her than it was weeks ago. However, Cait’s eternal future seems a minor concern while the vengeful elves continue taunting the dragons, now using violence against the human population in their desire for war.
Battles of war aren’t the only ones fought.
King Corrin struggles to make peace with his coming end, and as his family bonds heal, stronger relationships and alliances form among Cait and her dragons. Theo may have won her heart, but Oliver fills a void long left by the passing of her uncle, and each dragon is a part of Cait’s family.
But a darkness bleeds through to change their world.
When faced with decisions of life and death, Cait, Theo, and demigod Dante must choose unpredictable paths, chance outcomes of eternal consequences, and make dubious promises. As Cait displays unexpected abilities, complications arise, more details of her destiny are revealed, and she discovers the inherent risks of fearing change.
Every era has a beginning and an end. There are things in the world no one is meant to stop.
BLOOD OF STARS AND GODS is book two in the exciting Stars and Souls trilogy, sequel to Amazon #1 Contemporary Fantasy: FIRE OF STARS AND DRAGONS!

Goodreads / Amazon
—
EXCERPT:
*Cait POV*
“Oliver, I’d rather you not go alone,” I tell him, pulling away from Theo to approach the towering First Brother of the House of Pendragon, who looks more like a lost child than the most respected dragon of their house’s brotherhood. “At least, let Liam keep you company, even if he doesn’t stay too close.” Taking Oliver’s hand, I squeeze it, and he reaches down to wrap his arm around my shoulders, pulling me closer. After his little ‘catnip’ talk with me, I understand somewhat better why the dragons enjoy my nearness, the soothing effect within my blood, what makes me their North Star has, the irrefutable draw I have, and the danger I’m in. “Just be safe. I may have several of you hanging around, but that doesn’t mean I want to lose any of you.” Abnormal as it may be, this dysfunctional family we’ve become is all I have that matters. The way I hold his hand tightly for a moment longer, I’m sure he understands what I said goes, at least, double for him.
Nodding, he gestures to Liam, and the two head out the balcony doors, quickly shifting, taking to the sky in one fluid motion. “Well, it seems the second I return, everyone has somewhere else to be.” Claaron smirks, and I just shake my head. “I suppose with Clifford down, I should go check the security cameras. He’d rather have lost his arm completely than have anything happen to his dearest techy toys and gadgets.”
As soon as he’s gone, Theo looks around the empty living room. “Alone with my love. Why does it seem this has not happened in far too long?”
Returning to his side, letting my head fall against his chest as he engulfs me in his arms, I sigh. “Because it hasn’t. We’re never alone. Hell, I can barely walk through my own home without tripping over a dragon.” 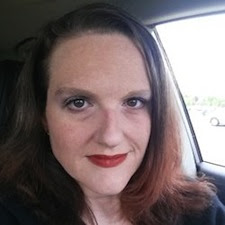 Author Bio:
Romance author Melissa A. Petreshock lives in the Greater Atlanta area, writing whatever strikes her fancy and subsisting on unnatural doses of coffee, sarcasm, and music. Spending most of her time weaving reality and imagination into fantastical romantic tales, Mel often loses track of reality and is admittedly more than a tad eccentric.
Look for future works in the Stars and Souls Trilogy as well as additional projects of contemporary romance and whatever else the muse sends Mel's way..