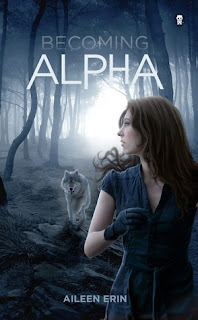 Goodreads Review : Tessa McCaide has a unique talent for getting into trouble. Then again, it isn’t easy for a girl with visions to ignore what she sees. Luckily Tessa and her family are leaving California and moving halfway across the country, giving her the perfect opportunity to leave her reputation as “Freaky Tessa” behind.
But Tessa doesn’t realize that kissing the wrong guy in her new Texas town could land her in far more trouble than she ever imagined. Like being forced to attend St. Ailbe’s Academy, a secret boarding school for werewolves.
Even if the wrong guy did accidentally turn her into one of “them” and doom her to attending the weirdest high school ever, Tessa can’t help her growing attraction to the mysterious Dastien Laurent.
When vampires attack St. Alibe’s and her visions pinpoint an enemy in their midst, Tessa realizes that boy drama and her newfound canine tendencies might just be the least of her problems.

My Review : Pure Genius! I loved the idea behind this story. This book was filled with Action, Romance and Friendship. I could not put it down!
Tessa has a strange power. She has uncontrollable visions when she touches people and objects. When Tessa's family moves to a new town in Texas, she couldn't be more excited to start a new school, where she could try to fit in and be normal. But that doesn't go too well for her. After meeting, and being bitten by a gorgeous guy named Dastien, she learns that shes not the only one with a strange power on this earth. Dastien is a werewolf, and he isn't the only one. Tessa is forced to attend St. Ailbe’s Academy, a secret boarding school for werewolves. With weird classes. Not only is this bad enough, there's freaky vampires attacking the school. Tessa has a lot on her hands.
I am amazed at how good this book was! I didn't think it was going to be good at first, but after getting through the first few chapters, I fell in love with the story line and the characters and I couldn't put the book down. I loved watching Tessa develop as a character, she went from being a shy girl with no friends, to a kick-ass female character who has guys fighting for her. No matter how much pressure is put on her, she keeps trying, and doesn't give up easily (well at least in the end).
Now lets talk about Dastien, I mean how could you not love a super hot male character with a six pack and a protective attitude. Am I right? He is actually perfect, you can tell that him and Tessa have a strong connection right from the start. Not only is he super athletic, but he also has his nerd side that loves Game of Thrones and crazy bands.
These characters are honestly perfect for each other, but don't worry, every single good love story has its love triangle.
I have to give mad props to the author for coming up with the idea for this book. There's been books about wizard schools, and vampire schools, but this is the first time I have ever heard of a book about werewolf schools. Also another set of mad props for writing a book that had evil vampires in it. This was such a nice change considering most of the books are either about how awesome vampires are, or about vampires and werewolves working together.
You should definitely read this book, if you're a fan of Vampire Academy / Bloodlines, House of Night, or Harry Potter. I will guarantee you will love this book.
I'd like to thank the author Aileen Erin, and INscribe Digital for giving me the opportunity to read this book for an honest review.
Happy Reading!